The Problem with Scientist Denyers… 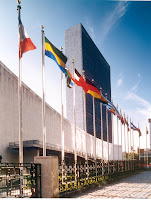 Are scientists who are not on the corporate payroll objective and disinterested?
This may be a purely theoretical question since even universities are corporations directed by board members with corporate and finance allegiances and since government scientists are managed via a corporate-friendly political apparatus (that’s an understatement). But let’s pretend that tenure and government grants might confer some measure of independent thought.
Are scientists who are not on the corporate payroll objective and disinterested?
The fact that many “independent” scientists are either for or against interpreting “the data” as showing CO2-driven global warming suggests that independent thought may exist among scientists, on at least one side of the climate change debate. But let us not draw premature conclusions.
David Noble, in The Corporate Climate Coop, recently exposed some of the corporate scheming that has boosted and supported mainstream global warming alarmism. Likewise, in Global Warming: Truth or Dare? I have analyzed some of the motives that unaligned scientists have for trumpeting global warming as a dominant threat to human kind. But what motives do unaligned scientists have to be so-called denyers?
Part of the answer is the same as for the scientist believers. Both believers and denyers are drawn to popular themes, powerful players, and media attention. Public scientists want to be useful beyond blatant corporate servitude and beyond training the obedient and indoctrinated service intellectuals of tomorrow. They, like most professionals, often seek meaning and societal recognition beyond tenure and a pay cheque.
And they know an opportunity when one smacks them in the face… In the words of Dick Peltier, Director of the University of Toronto’s newly funded Centre for Global Change Science (InterActions, Fall 2007, p.11):
“Faculty engaged in scientific research on the ongoing environmental crisis came together to discuss how best to take advantage of this exciting opportunity.”
Crisis as opportunity… Finally, public science is learning from high finance and corporate exploiters. A healthy business ethic has now completely permeated the ivory tower. The world can sleep a little more soundly.
The corporate ideology of profit as a cure and trickle down as the best of all possible solutions is not only a justification for planetary destruction, however. The ideology itself, although barely developed beyond a mantra, is also the motivating thread for most “independent” scientist denyers.
This was made abundantly clear in a recent open letter to the Secretary-General of the United Nations signed by over one hundred top “independent” scientist denyers (National Post, December 12, 2007): LINK.
The letter’s first paragraph explains that:
“We therefore need to equip nations to become resilient to the full range of these natural phenomena by promoting economic growth and wealth generation.”
Somehow, these brilliant minds have come to the observation and conclusion that “economic growth and wealth generation” is a recipe for environmental preservation and amelioration. The spectacular correlation between mass poverty and associated environmental degradation and increased profit and wealth for the wealthy has somehow escaped their quantitative analysis.
Could these hard-science practitioners have strayed into the make-believe world of economists – the same economists who now propose carbon credits as something other than a scam that will benefit global finance racketeers and a tool that will serve the most powerful global players?
.
As protectors of the now-abandoned corporate stance, the signatories of this open letter to the UN are truly exemplary:
.
“the IPCC's conclusions are quite inadequate as justification for implementing policies that will markedly diminish future prosperity.”
Whose prosperity? A large faction of elite corporate and finance power want this – they have engineered it. Wake up.
“attempts to cut emissions will slow development”
Burning fossil fuel equals “development”? Well then, let’s burn more. Wouldn’t bigger hummers be safer?
“Attempts … constitute a tragic misallocation of resources that would be better spent on humanity's real and pressing problems.”
Who said anything about allocating resources? Some corporations would make less profit, the largest would make more, and massive government subsidies to corporations (such as those that keep the US military economy afloat) and to private capital managers (such as those inherent in the fractional reserve banking system) might be modestly redistributed. These hard scientists seem to think that “society” makes resource allocation decisions.
The open letter’s last paragraph closes on a humanitarian note:
“National and international planning for such changes is needed, with a focus on helping our most vulnerable citizens adapt to conditions that lie ahead.”
Hey! How many of the signatories of this open letter have ever made moves to help “our most vulnerable citizens”? Let’s see, our most vulnerable First World citizens would be “our” aboriginal peoples… Our most vulnerable world citizens would be Third World citizens displaced from their lands by corporate “development” that serves Third World debt, the most powerful lever of extortion on the planet…
Our most vulnerable citizens can now breathe a sigh of relief knowing that scientist denyers have noticed their plight. I expect this will help them as much as carbon credits and emission ceilings.
RELATED
Are Physicists Smart?
Politics of Climate Change
Posted by Denis Rancourt at 9:45 PM