IPCC authors on the myth of scientific consensus, 2011 summary 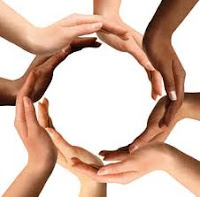 Carbon-panic zealots and popular authors vehemently claim that "there is a scientific consensus" and that "the science is settled"; typically, in advancing that the human species itself is at risk.

(These claims are routinely debunked. For example, here, here, here; and on species extinction here.)

Their enthusiasm is of great service to the US Empire that wants to coerce competing independent blocs (BRICS) into accepting carbon instruments that are barely-covert geopolitical instruments.

But here is what major IPCC insiders have said about "consensus" and on the harm of an IPCC structure and culture that imposes consensus in the face of "the range of views" [1]:

5 The issue of consensus

To many, notably including Risbey and Curry in this special issue, the emphasis on consensus is the most troublesome limitation of IPCC assessment processes (for a general critique of the consensus approach to science, see Moore and Beatty 2010). Achieving consensus is, to be clear, one of the major objectives of IPCC activities. Paragraph 10 of the amended Procedures Guiding IPCC Work, for example, states that “In taking decisions, and approving, adopting and accepting reports, the Panel, its Working Groups and any Task Forces shall use all best endeavors to reach consensus” (http://​ipcc.​ch/​pdf/​ipcc-principles/​ipcc-principles.​pdf). The paragraph continues by noting that “for approval, adoption and acceptance of reports, differing views shall be explained and, upon request (by countries participating in the approval plenaries), recorded (in publically available documentation that is maintained by the IPCC Secretariat). Differing views on matters of a scientific, technical or socio-economic nature shall, as appropriate in the context, be represented in the scientific, technical or socio-economic document concerned,” but it is certainly the case that all participants in IPCC assessments would like this to be the exception rather than the rule. To our memory, such documentation has never been required at least so far as SPM’s are concerned.

Drawing the boundaries between consensus and disagreement is an activity which is so subjective that it ipso facto violates restriction #3 (Moore and Beatty 2010). As IPCC, in a search for objectivity in uncertainty assessment, has turned more to describing uncertainty in terms of the characteristics of ensembles of model outcomes, the deficiency in such an approach (its exclusion or limited treatment of systemic, structural uncertainty in models) has become increasingly apparent to the community (Winsberg 2010; Knutti et al. 2008; Goldstein and Rougier 2009). The exercise of subjective judgment in the comparison of ensemble outcomes to observational and paleoclimatic data provides a critically important means to augment the criteria internal to the model world. Indeed, there are examples in IPCC reports of willingness to acknowledge the importance of expert (subjective) judgment, if on a limited basis (e.g., see discussions of climate sensitivity, detection and attribution and climate and weather extremes in WGI report, assessment of response strategies in the WGII report of AR4; see also Knutti and Hegerl (2008) for futher details on the role of expert judgement in estimating climate sensitivity). But more salient is IPCC’s reluctance to fully couple the inevitable process of subjective judgment in a coherent way into its assessments of uncertainty and, absent this coupling, IPCC’s tendency, particularly in SPMs, to resort to emphasizing ensemble means rather than fully describing the range of views. In some cases, neither ranges of views nor are consensus judgments reported, leaving decision makers at a loss. Outstanding examples of the latter include, in addition to the examples of SRES and ice sheets above, authors’ avoidance of any estimates of carbon cycle feedbacks involving tundra or methane hydrate reservoirs; and avoidance of estimations of the degree of implementation of adaptation capacity under particular circumstances. [Emphasis added]


The latter "range of views" is the range admitted via the institutional-self-censorship mechanism of peer-review and citation indices [2][3][4]. It often does not even include these scientific views.