The Gold Effect -- Of possible use in the analysis of climate politics? 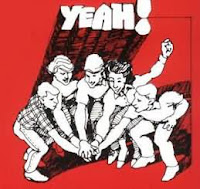 From Wikipedia: The Gold Effect is the phenomenon in which a scientific (often medical) idea is developed to the status of an accepted position within a professional body or association by the social process itself of scientific conferences, committees, and consensus building, despite not being supported by conclusive evidence. The effect was described by Professor T. Gold in 1979.[1] The effect was reviewed by Drs. Petr Skrabanek and James McCormick in their book "Follies and Fallacies in Medicine".[2] The Gold Effect is used to analyze errors in public health policy and practice, such as the widespread use of cholesterol screening in the prevention of cardiovascular disease.[3]

In their book, Skrabanek and McCormick describe the Gold Effect as: "At the beginning a few people arrive at a state of near belief in some idea. A meeting is held to discuss the pros and cons of the idea. More people favouring the idea than those disinterested will be present. A representative committee will be nominated to prepare a collective volume to propagate and foster interest in the idea. The totality of resulting articles based on the idea will appear to show an increasing consensus. A specialised journal will be launched. Only orthodox or near orthodox articles will pass the referees and the editor."